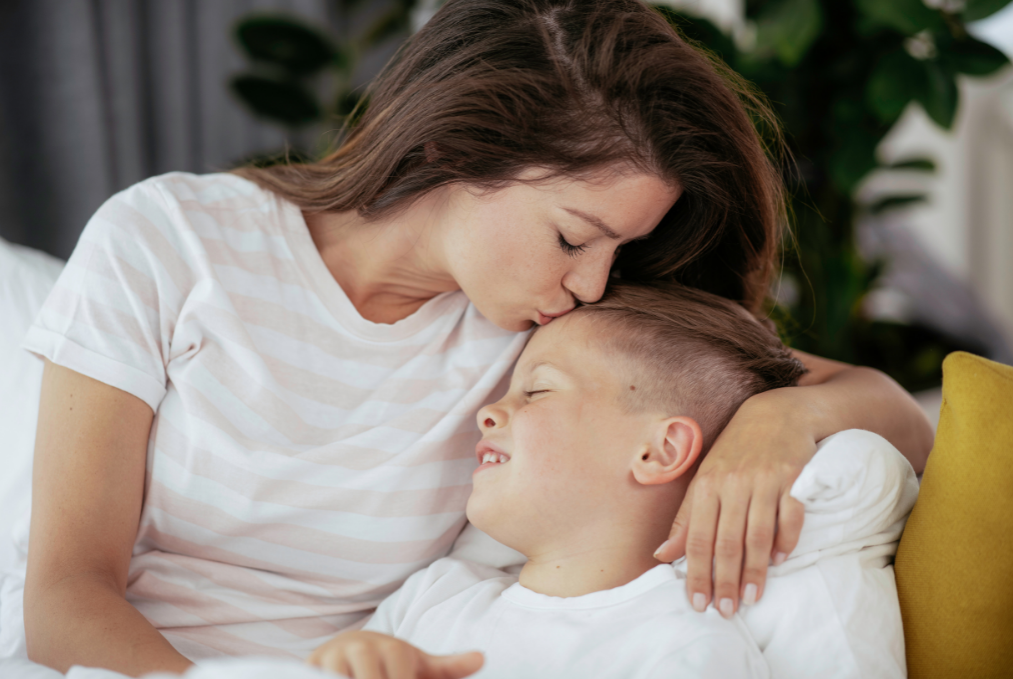 What is the Difference Between PANDAS and PANS?

What is PANS, PANDAS and Autoimmune Encepathology?

Is PANS and PANDAS the same thing? That is a question I hear just about everyday. Understanding what PANS, PANDAS, and Autoimmune Encepathology are can be confusing for both parent and practitioner. Even though the diagnostic guidelines are clear, these conditions present similarly.

It is important to recognize that these pediatric autoimmune neuropsychiatric disorders are distinct conditions that result from different infectious sources but produce similar neuropsychiatric and neurocognitive issues.

PANS and PANDAS are a clinical diagnosis given to children who have a dramatic onset of a neuropsychiatric symptom or a sudden worsening of a pre-existing mental health condition. The onset of neuropsychiatric symptoms can appear overnight or a variety of “soft signs” may appear to wax and wane before dramatic onset or sudden acceleration of a clinical issue or condition.

“Soft signs” that may appear before the initial onset of a PANS/PANDAS episode may include a high frequency of illnesses, attention problems, irritability, sleep problems, bowel and bladder issues, etc.

Paul was a teenager struggling with ADHD, executive functioning issues and a lot of anxiety over his two siblings diagnosed with PANS and Lyme Disease and tick-borne illness. His one brother was so behaviorally dysregulated that his needs dominated the family. His brother's rages that led him to go in and out of the hospital, had Paul and his family on edge. Paul’s mom, Jane, described it, “We were a hot mess.”

Once Paul’s siblings got treatment for their infection, calmed their brain with neurofeedback and the whole family did therapy to address the trauma of their years long hell, it became apparent that Paul was stuck too. He was depressed, totally unmotivated, and literally just lying in his bed for days at a time. Despite trying a lot of interventions, Paul wasn’t shifting like the rest of his family.

The question was whether Paul was depressed from all that he had endured after being the “functional” one in the family or did he have PANS. PANDAS or AE?

After the success her boys had with a QEEG brain map and neurofeedback, Jane wanted Paul to come in too. Given that the QEEG brain map is an unbelievable diagnostic tool, I was able to see that Paul showed signs of inflammation and infection in his brain with clear patterning of depression and anxiety.

Despite a diagnosis of ADHD, he didn’t have ADHD or even met the clinical criteria, as the onset of symptoms didn’t appear until he was a teen. His attention and executive functioning was impaired not because of clinical ADHD but because of inflammation in his brain, anxiety, and depression.

When we did a thorough clinical history, we found that Paul was treated for bartonella and Lyme and at that time he had a sudden onset of ADHD symptoms, sensory issues and restricted eating. At the time, his behavior was so mild in comparison to his siblings that they didn’t see him as having PANS and all but the focus issues disappeared with antibiotics.

We got Paul to a naturopathic physician to run lab work and to address his infections, as well as replace nutrients, and he began our BrainBehaviorReset™ Program to calm his brain and get more alert. We focused on science-backed natural remedies for his nervous system to get regulated so he could think, pay attention, and take action.

It is hard to describe how special Paul is and how much he found his stride when we calmed his brain, helped his body detoxify and changed his diet. As he described it, “I didn’t know I could ever feel so happy.” Pediatric Autoimmune Neuropsychiatric Disorder Associated with Streptococcal Infections or PANDAS is a clinical disorder triggered by Group A strep infections that results in a sudden onset of neuropsychiatric behaviors and either obsessive compulsive disorder (OCD) or tics.

Children with PANDAS often have a history of strep throat or positive blood strep test, as streptococcal infections might not show up in a throat culture but can appear in the blood and organs.

Although strep may be the initial infection, a  weakened immune system often opens the door to other infections, food and chemical sensitivities, and mold sensitivity.

Pediatric Acute-Onset Neuropsychiatric Syndrome (PANS) is a clinical disorder that results in sudden onset of OCD symptoms such as intrusive thoughts, compulsive behaviors or ritualistic behaviors or disordered eating after an infection, multiple infections or toxic trigger to the immune system that results in inflammation.

Autoimmune Encepathology (AE) is a type of brain inflammation that results when the body's immune system attacks its own healthy cells and tissues in the brain or nervous system, which causes changes in both physical and mental health.

Neuropsychiatric and neurocognitive symptoms vary from person to person but significantly impact their life in some way at school, home, work, or relationships.

Ruling out tumors, seizures, PANS/PANDAS, and other physical and mental health issues is important in diagnosing AE. Testing often involves nuclear imaging such as an MRI, blood work, and a spinal tap. How are PANS and PANDAS the same?

Children with PANS and PANDAS share many of the same symptoms.

The main way PANS and PANDAS are the same, even though they are two different disorders, is that they have a sudden onset of neuropsychiatric and neurocognitive symptoms.

The three clinical conditions have overlapping symptoms and comorbid conditions. Studies show that the patients and their family also have a high rate of medical issues and illnesses, including frequent and chronic infections, allergies, frequent sore throats, ear infections,  headaches, chemical sensitivity, urinary frequency, and a long list of other issues.

According to the same research studies, common developmental diagnosis of those with acute-onset neuropsychiatric syndrome include:

All three clinical issues result in a significant impact in daily functioning at school, work, home, family, relationships, or some aspect of their life.

Flares, or an uptick in symptoms, often occur in all three that are often triggered by illness, infection, toxins, stress, fatigue, and diet. Are PANS, PANDAS and AE the same? – Dr. Roseann Capanna-Hodge

How are PANS and PANDAS Different?

The main way PANS and PANS are different is the source of neuropsychiatric and neurocognitive symptoms. PANDAS initial onset results from a Group A strep infection and PANS can result from an infectious or toxic trigger.

The two are different in age of onset, as PANDAS has a typical onset before puberty and a PANS onset can occur at any age even as an adult.

Is the treatment for PANS and PANDAS the same?

At my center, the basic treatment protocol for PANS and PANDAS patients are the same, as no healing can occur if you aren’t calming the brain and addressing improper detoxification. We customize our approach for each person in our BrainBehaviorReset™ Program.

In order to beat PANS/PANDAS, you must calm the brain, address infections, tamp down inflammation, make lifestyle changes to improve nutrient absorption, detoxification, and sleep, and support the family with psychoeducation and how to address behaviors and other issues.

Are you looking for SOLUTIONS for your child or teen with PANS or PANDAS?

Are you a professional who wants more training from Dr. Roseann?

PreviousPANS/PANDAS and Disordered Eating....
NextThe Best Diet for Children with PANS and....