Wondering how Neurofeedback can help you or your child? We work with clients in-person at our Connecticut Neurofeedback and Psychotherapy center and virtually with at home neurofeedback and coaching in our exclusive BrainBehaviorReset™ Program to calm the brain and create happy families. So no matter where you are in the world, we can work with you if you are ready for science-backed solutions that change the brain and behavior.

Are you ready to reduce and reverse your child’s symptoms?

Neurofeedback can help your child be focused, calm, and less moody

YOU ARE LOOKING FOR SOLUTIONS FOR YOUR STRUGGLING KID…

AND WE HAVE THE ANSWERS. Are you sick and tired of  looking for a way to help your kid? You’ve probably tried a lot of therapies…different therapists, medications, and maybe a supplement or two and your kid still isn’t better. You and your child are distressed, frustrated, or even worse. Maybe you or your kid is mentally broken down and you're looking for an alternative to hospitalization or to yet another medication, and everything else… Let me tell you a story about a kid named Evan.

Evan was a teen who had struggled with anxiety on and off for his whole life. His parents, Pat and Meg, had always swooped in and helped Evan when his anxiety got the best of him and interfered with his grades, friendships, or at home. They had been to at least five therapists, tried supplements and even a medication or two but nothing really turned the dial on Evan’s problems. When they saw me speaking on television about how symptoms such as anxiety, irritability and difficulty focusing could be turned around with neurofeedback combined with psychotherapy, Pat and Meg decided to take a leap of faith and get Evan unstuck. Evan and his parents immersed themselves in daily sessions of neurofeedback and coaching. Within just a couple of weeks, Evan was calmer and more talkative. He was able to learn and use tools instead of just overreacting or shutting down. Finally, Evan was able to react calmly and think things through and he could talk to his parents without frustration on both sides. At home, Evan continued therapies and he and his parents got coaching to move forward.

Here’s The Truth: Our Mental Health System Is Failing

How we identify and treat mental health issues in the US is archaic and ineffective. Virtually everyone I see has a diagnosis and treatments based on guessing. And guess what, they aren’t getting better. I see people and children who are stuck and suffering going from pill to pill and doctor to doctor with no relief and often a worsening of symptoms. All because of a lack of using solid research and available diagnostic tools. For 30 years, I have watched kids and teens become more anxious, unfocused, unhappy, and lonely as stress and health issues have increased. I knew there had to be another way.

After calls from so many desperate parents concerned about their kids from all over the world, I created a program to reduce and reverse symptoms quickly and give parents the concrete tools they need to change behaviors and get their loving kids back. We guide parents and their kids with proven therapies and with expert care to those all important lifestyle changes is the key to resetting behavior and restoring wellness.

That’s why we “check under the hood!”

How can you fix something without really knowing what the problem is? Well, many people are searching for solutions without getting an accurate diagnosis. Whether you do a QEEG brain map with us if you are close enough to get to the clinic or a Brain Check, we will help you make sense out of what is going on and make an action plan with you.

What I LOVE about neurofeedback, is it is NATURAL, SAFE, and EFFECTIVE. It can turn symptoms around quickly, especially when paired with coaching.

You may feel stuck or your child is stuck but we help families everyday Get Unstuck™. It is time to get off that worry train and help your child or teen get focused, feel calm and good about themselves!

Do you want to continue on the same ineffective path, or do you want to reverse your child’s issues once and for all? If you are ready to get started on your child being easy to manage, actually respond to you when you speak to them, and to get off that worry train, then contact us today!

Searching for the Solution

Imagine, your child being bright eyed and happy to sit down and have a meal with you. Or being able to get out the door in the morning without a meltdown. Or a day without tears and worry where you can actually think for a few minutes about happy moments. After all this time, you just about have given up hope. But wait, there is another way and it can turn things around for your child and family.

The Principal Called Me To Not Tell Me That Joe Had Been Suspended, But That He Was Nominated For ‘Most Improved Student’

Joe was that kid. You know the one that no one wanted to sit next to at lunch, that was always in trouble for not listening and, oh was he impulsive. His parents took him to the therapists that worked with “difficult kids” and they did their therapist assigned homework and things would get better for a moment but nothing stuck. They had tried every combination of ADHD meds with nothing changing except Joe got super cranky. “Maybe you should send him to boarding school” friends and relatives would suggest oh so subtly. Then after hearing Dr. Roseann on a podcast, Joe’s parents decided to try another solution – Neurofeedback. Things were so bad for Joe with his poor grades, no friends, and he wasn’t speaking to his family anymore, that his parent’s knew they had to do something different. Joe began neurofeedback, psychotherapy, and made some nutritional changes and within a few weeks, Joe began to awaken from a long slumber. He actually looked his parents in the eyes when he spoke and his words made sense. There was no longer a, “Huh?” when his parents called his name or asked him to do something. He could process and react differently to what he heard. During the two weeks, he learned about executive functioning and how his brain best learned so when he came back to school, Joe was able to jump in and get work done. Joe grew in many ways but it was the first time he was able to turn in homework without nagging and was getting consistently decent grades. His parents weren’t the only people to notice. One day the school called and when the number flashed across the caller ID, Joe’s mom’s heart sank into her stomach. To her surprise, Mr. Abbott announced, “You should be proud because Joe is the most improved student this quarter”. Pride, hopefulness, and relief were feelings that she couldn’t be more grateful for.

And even if your story doesn't look exactly like Joe’s, we've helped thousands of families break free from anxiety, mood issues, extreme behaviors, focus problems, traumatic events, chronic health issues such as PANS/PANDAS and Lyme like these families. Searching for the Solution

As a special needs mom myself, I know what it feels like to be drown in worry. “What should we do next?” ‘Why is the school calling?” “I wonder who he will sit with at lunch?” “Will they live in my basement?” Why is it so hard to find a provider that cares and is really amazing at what they do? I myself, have to drive more than hour to take my son to a therapist and let me tell you it is worth it.

I know you worry that you will never get to the bottom of your child’s issues and that you will never find a way to help them. You feel STUCK and UNCERTAIN. Hope?! What is that? It is time to get excited about the possibility of reversing those issues so your family can have harmony, your child can drum up their own motivation and take action to be independent and regulate those behaviors and emotions. 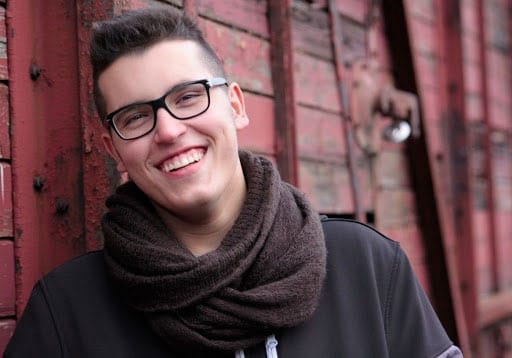 I can guarantee that your kid will be taken care of by people who actually care and really know what they are doing, so your child can change and your family can be different. We will guide you using the science-backed solutions.

We'll show you how to calm the brain in order to cultivate a happy family.

Ready to Get Unstuck?

I know you feel like nothing you do will work neurofeedback has more than 3,000 peer reviewed studies demonstrating how effective it is.

The BrainBehaviorReset™ Program is for someone who is ready for change, ready to do the work, and recognizes that brain and behavioral isn’t linear, convenient or easy. You have to make time for the sessions and shift what you are doing. Have more questions? Go to our Neurofeedback FAQ page.

*The effectiveness of diagnosis and treatment vary by patient and condition. Dr. Roseann Capanna-Hodge, LLC and Neurowellness, LLC does not guarantee certain results.